Vigil for Refugees Held in Brecon

A vigil has been held in Brecon, marking concern in the community over the rights of refugees in the UK. The vigil, organised by the Hay, Brecon and Talgarth Sanctuary for Refugees, has sought to draw attention to the Nationality and Borders Bill currently making its way through the House of Commons. 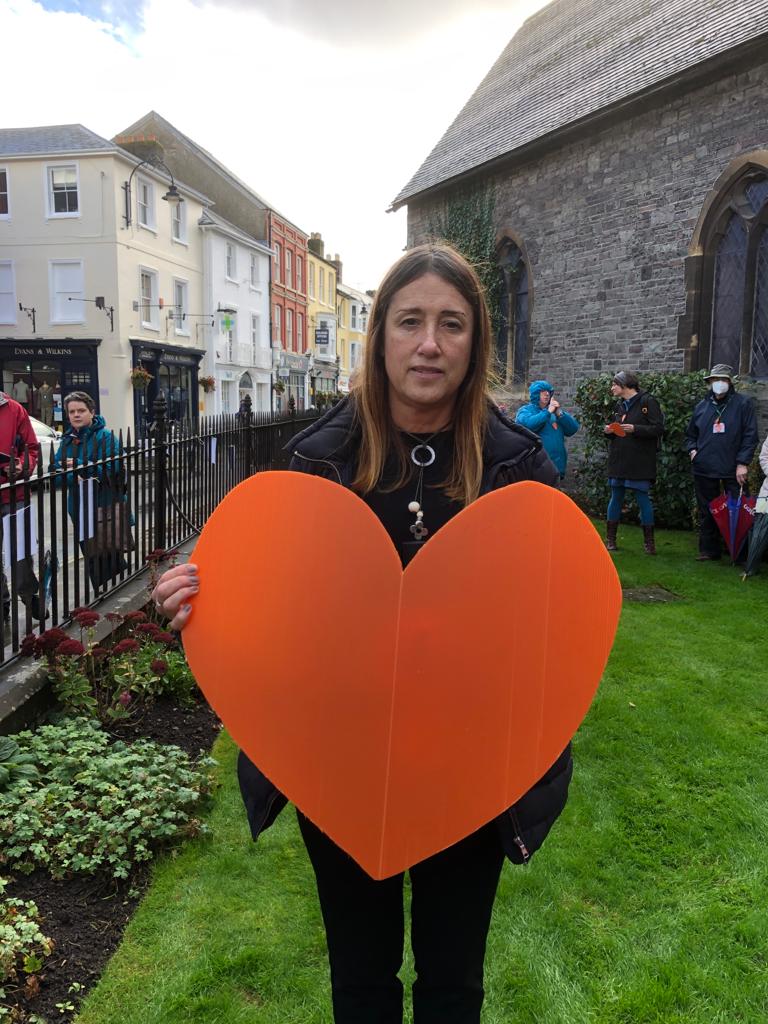 Jane Dodds MS at the vigil.

The Bill, according to its opponents, will make it more difficult for asylum seekers fleeing for their safety to settle in the UK. During the vigil, members of the community formed a ring around St. Mary’s Church to express their concern over the impact of the bill and the risk posed to those fleeing war and persecution.

Hay, Brecon and Talgarth Sanctuary for Refugees has adopted the orange heart as its logo, stating it is “a symbol that we can all stand behind to express solidarity as a movement. It uses the colours of the refugee nation flag created by Yara Said for the first ever refugee team in the 2016 Olympics. The colours were inspired by a lifebelt, representing hope.”

The vigil was also attended by regional Senedd Member and Leader of the Welsh Liberal Democrats, Jane Dodds. Commenting MS Dodds stated: “We must do everything we can to oppose this cruel piece of legislation being introduce by the Conservative Party that will be a hammer blow for the most vulnerable people in the people looking for a place of refuge.

“We must not allow those who seek to divide society demonise asylum seekers and refugees. I am proud that my party continues to oppose this Bill in Westminster and would urge our MP to do the same.”